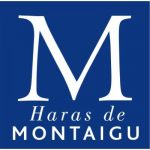 The Haras de Montaigu is delighted to announce the arrival of the classic winner WINGS OF EAGLES who is returning home to his birthplace.

This is a fantastic opportunity for French breeders to have a winner of the prestigious EPSOM DERBY standing in France. WINGS OF EAGLES is the first EPSOM DERBY winner to retire straight to stud in France in over 60 years !

WINGS OF EAGLES won EPSOM DERBY in the 4th best time in 30 years, behind Workforce, Lammtarra and Golden Horn.

It is also a privilege for the HARAS DE MONTAIGU to welcome this champion who ran under the famous silks of Team COOLMORE throughout his successful career.

Trained at Ballydoyle by Aidan O’Brien, WINGS OF EAGLES was a winner at 2, but he really blossomed the following Spring as a 3 year-old, finishing 2nd in the G3 Chester Vase (behind VENICE BEACH), a Derby prep., and annihilating the opposition in the final stretch at Epsom in a historic finish, beating champions such as CAPRI and CRACKSMAN etc… He went on to an incredible performance in the IRISH DERBY where he sustained a career ending injury, finishing 3rd behind the future dual classic winner CAPRI.

WINGS OF EAGLES is from the 2nd crop of Coolmore stallion POUR MOI (Montjeu), who himself was an EPSOM DERBY winner. POUR MOI was trained by André Fabre who claimed that he was one of the best he had ever trained.

A magnificent individual, who stands at 16.1 ½ h.h., WINGS OF EAGLES was bred by Gilles and Aliette Forien and was sold for

His dam YSOLDINA who is by the excellent broodmare sire KENDOR, was unfortunate in that she was born the same year as the champion filly DIVINE PROPORTIONS. After winning the Prix Sauge Pourprée and finishing 3rd in the G3 Prix des Reservoirs at 2yos, YSOLDINA went on to finish 2nd in the G3 Prix de la Grotte and 3rd in the G1 Poule d’Essai des Pouliches behind DIVINE PROPORTIONS.

With his magnificent physique and pedigree, which combines the class and stamina of MONTJEU with the precocity and speed of KENDOR, and his racing performances, WINGS OF EAGLES has all the attributes to become a leading stallion like GALILEO, SEA THE STARS, NEW APPROACH, HIGH CHAPARRAL, all Derby winners.