Is Native Trail your idea of the 2,000 Guineas winner? 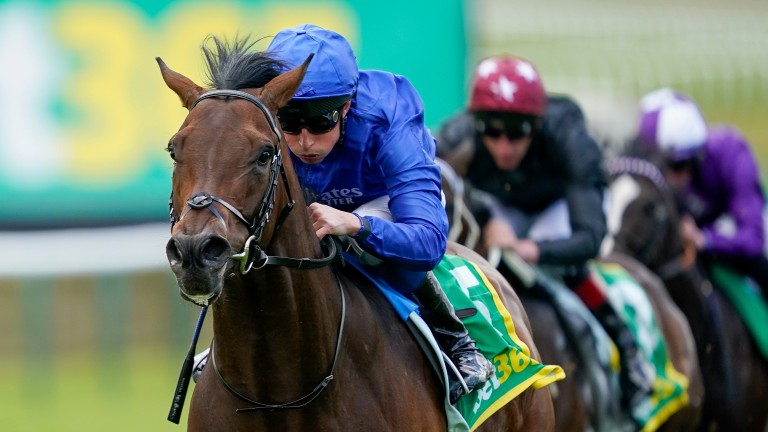 ‘He has strong claims in the Guineas’

The answer to that is yes. As far as trials go, this one must have been a pleasing one for all concerned at the Charlie Appleby yard as Native Trail, last year’s European champion juvenile, stretched his unbeaten record to five with a ready success on this first start since winning the Dewhurst in October. He didn’t have to run up to his official mark of 122 to beat some inferior rivals on this first run over a mile, but he left the impression he retains all his ability and this physically imposing sort heads for the Classic with strong claims of being the first to complete the Craven-Guineas double since Haafhd in 2004.
Richard Young, analyst

He certainly has a chance, but he doesn’t deserve to be the 6-4 favourite for the 2,000 Guineas off the back of that in my opinion.  I thought he’d win a fair bit  more easily and would probably side with the second Claymore at a much bigger price if they met at Newmarket. Claymore, beaten three and a half lengths, is open to more improvement having only raced once before the Craven and should be able to get much closer in the Guineas. He makes more appeal at 33-1, but it wouldn’t surprise me if he missed the Classic to step up in trip instead, so I’d rather sit tight.
Robbie Wilders, tipster

‘He wouldn’t want the ground too quick’

He’s a really impressive-looking beast now and stood out among that field. He’s the one they have to beat in the Guineas on that showing with the proviso he probably wouldn’t want the ground too quick. The Rowley Mile is a tricky track and he had to change his legs in the Dip. He hits the ground hard enough and I wouldn’t want to see the word firm in the going description. Otherwise he remains a fine prospect for the summer ahead and if he can stay a mile and a quarter he’ll be even more exciting.
James Hill, tipster

‘He has everything’ – unrivalled gallops insight from our man in Newmarket

The Front Runner is our latest email newsletter available exclusively to Members’ Club Ultimate subscribers. Chris Cook, a four-time Racing Reporter of the Year award winner, provides his take on the day’s biggest stories and tips for the upcoming racing every morning from Monday to Friday