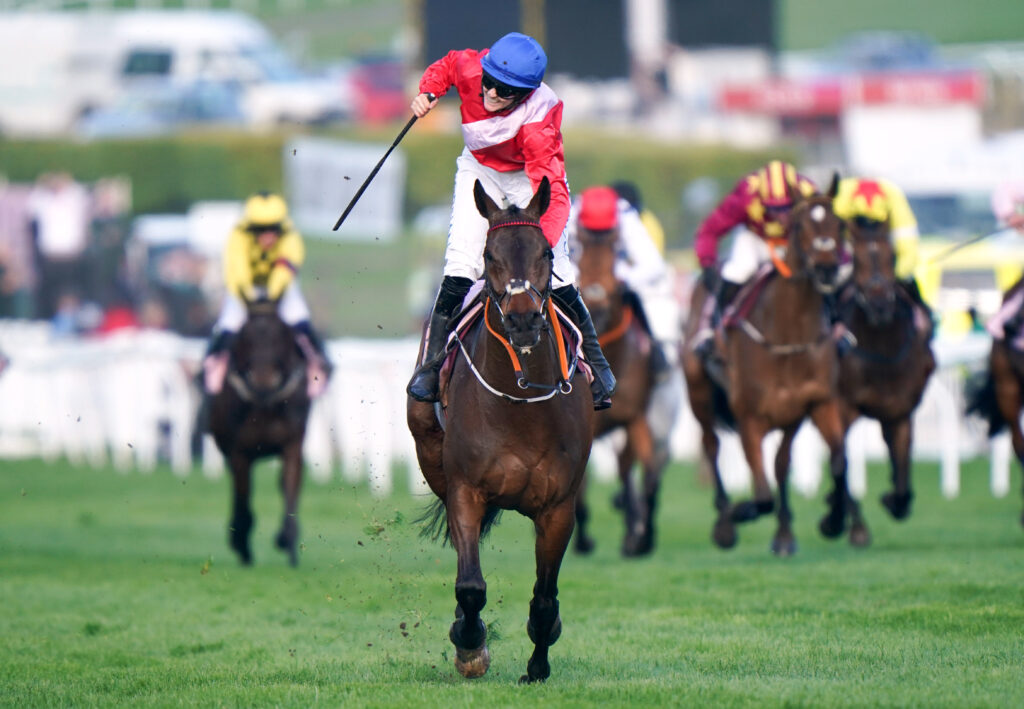 Irish-born breeder Antonia Devin had never been to the Cheltenham Festival, but she certainly chose the right year to make the trip to witness history when Rachael Blackmore became the first female jockey to lift the coveted Cheltenham Gold Cup on A Plus Tard. In fact, not only did she witness history, she played an important part in the making of this historic Gold Cup winner, as it was her and her husband Henri who made the decision to have Turboka covered by Kapgarde and it was their decision to let A Plus Tard go and make his luck abroad. However, on Friday, Antonia Devin insisted it was all about Rachael as she said: “I thought she rode a brilliant race. I was delighted that she was staying behind and I had every confidence that she was going to come through at the last minute, because last year he came too early and he was beaten by the fact that he came too early. I think Rachael is brilliant! Vive les femmes!!” Antonia Devin was right to celebrate this historic moment and to focus on Rachael, but A Plus Tard’s performance was incredibly impressive and one has to go back to 1995 and Master Oats’ victory to find another fifteen lengths winning margin. “It is the epitome,” she conceded. “You can’t do better. I wish my husband Henri was here but he had to stay home, as we are in the middle of foaling season.” Henri Devin might open a nice bottle though tonight at the Haras de Mesnil when he contemplates A Plus Tard’s amazing exploit. And if he is still looking for an excuse to celebrate, he just needs to think about State Man who gave their stallion Doctor Dino a massive boost when he won the McCoy Contractors County Handicap Hurdle Race and Fil Dor, his other son, who ran a very good second to Vauban in the JCB Triumph Hurdle.