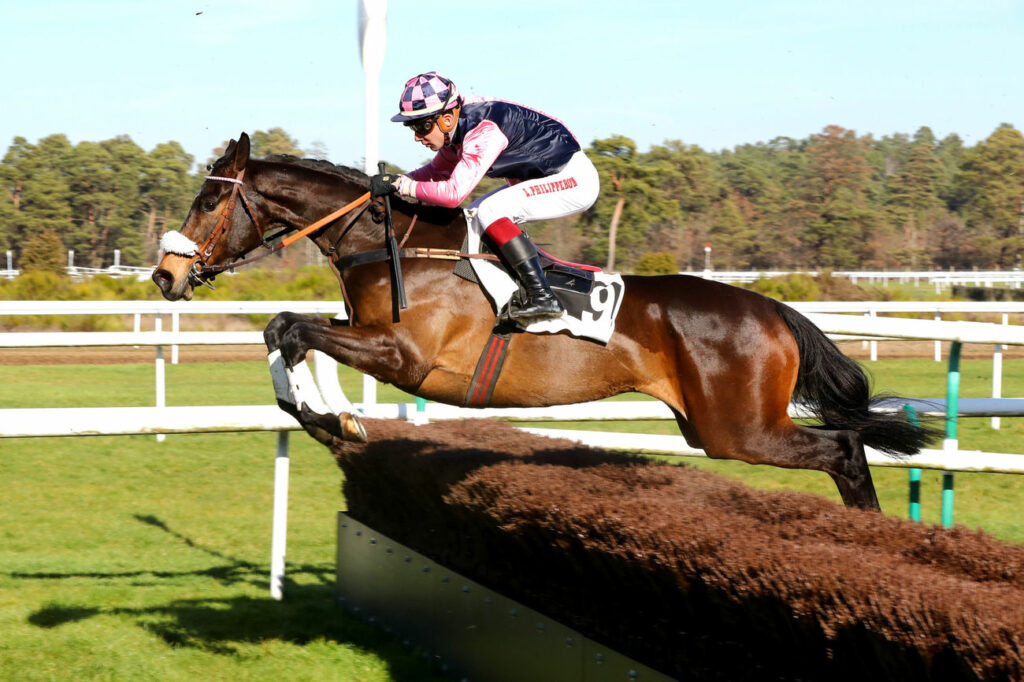 “I cannot be more thrilled,” said Venetia Williams as she stood in the winner’s enclosure, completely unperturbed by the teaming rain. But then, when you have just trained the winner of the Grade 1 Brown Advisory Novices’ Steeple Chase and are getting odds of 15/1 for the Gold Cup 2023, that rain probably seemed like liquid sunshine. Back in France, L’homme Presse’s breeders Bernard Camp and Mickael Baudin were unaware that their son of Diamond Boy and Romance Turgot had just written himself into the history books of the Cheltenham Festival as the race was not a PMU race and hence they weren’t able to watch it on television. “He won? Really, he won?” Mickael Baudin kept repeating when I joined him by phone. “And he won well? Thank you, thank you for telling me. I’m here with Bernard. This is amazing, please pass on our congratulations to Venetia Williams.” And he adds: “I bought his dam Romance Turgot when she was in foal to Poliglote and it is just such a shame that she passed away. This is my first Grade 1 victory as a breeder, it’s incredible, absolutely incredible. Actually, could you please take a photo of him and send it to me?” As I struggle with my umbrella and phone, I just get a shot of the seven-year-old as he leaves the winner’s enclosure to the cheers of the crowd that has braved the rain. Venetia Williams is still where I left her and is now telling the story of this horse that had suffered a tendon injury following his two runs in France, which would have been more than enough to put off most buyers, but not his eventual owner Andrew Edwards. “Andy was recommended him when he had two runs in France and he ended up with a tendon injury,” she explains. “He was sort of damaged goods at that point, but at the same time, most tendon injuries, as long as you do the right thing and give them enough time, you know you can get them back. So he joined me in September the year after his injury and his first run for us was on National day that season. It was a long played out story, but here we are.”
Following that impressive performance, L’homme Presse now looks a serious candidate for next year’s Gold Cup. Maybe Camp and Baudin can start a collection of photos of L’homme Presse leaving the famous Cheltenham winner’s enclosure, or better still, maybe they will be able to go to Cheltenham and take a photo not of him, but with him!