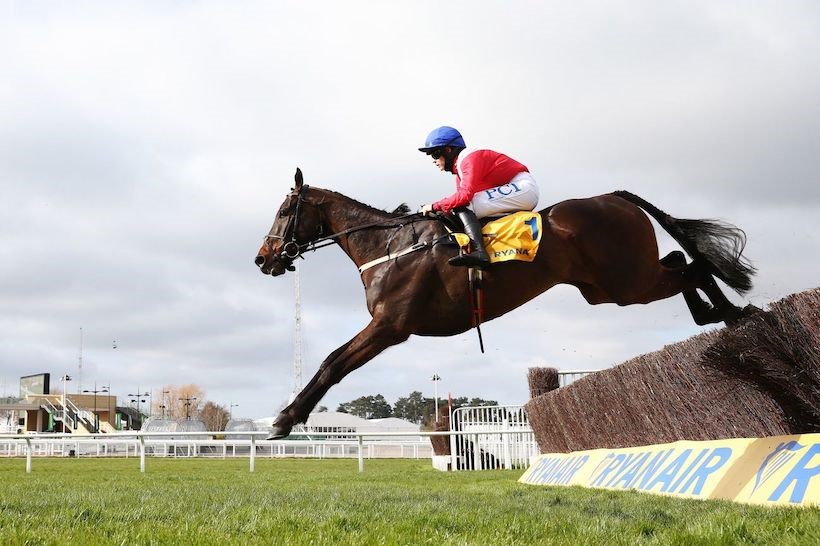 Allaho lit up the Cheltenham racecourse when just like in 2021, he took command of the Ryanair Chase and never let go. It was poetry in motion even though he made a slight mistake at the last, which had everyone in the stands gasping, but he recovered quickly to win the race by fourteen lengths from French bred Janidil and Eldorado Allen. His breeder Eric Leffray and his Thomas had travelled to Cheltenham to watch him win and were introduced to his owner and fellow breeder Patricia Thompson who immediately bonded with them when she said: “Well you are the real owners!” Eric Leffray didn’t know what to say as he was simply overwhelmed with the success of this big and imposing fellow who seems to do everything with so much ease. “It’s not sunk in yet,” he admitted. “It’s incredible, it’s the second Ryanair he wins and just as easily as last year. He is the boss here.” And he added: “It’s amazing for our family to experience something like this. I’m here with my son Thomas, but my other son couldn’t come as he works at the stud where No Risk At All is standing but I’m sure they are all having a proper party tonight!” No Risk At All stands at the Haras de Montaigu (€12,000 stud fee) and is pencilled in to cover Idaho Falls again once she has given birth to her Saints des Saints foal at the end of April. The Leffray family is also breeding from Allaho’s full sister, who goes by the name of Shannone. Unlike her brother, she never saw a racecourse and was retired to stud early. She has just been to see the young stallion Nirvana du Berlais who stands at the Haras de la Hetraie (€6,500). Nirvana du Berlais won the 2019 Grade 1 Prix Cambaceres, the champion hurdle for three-year-olds.