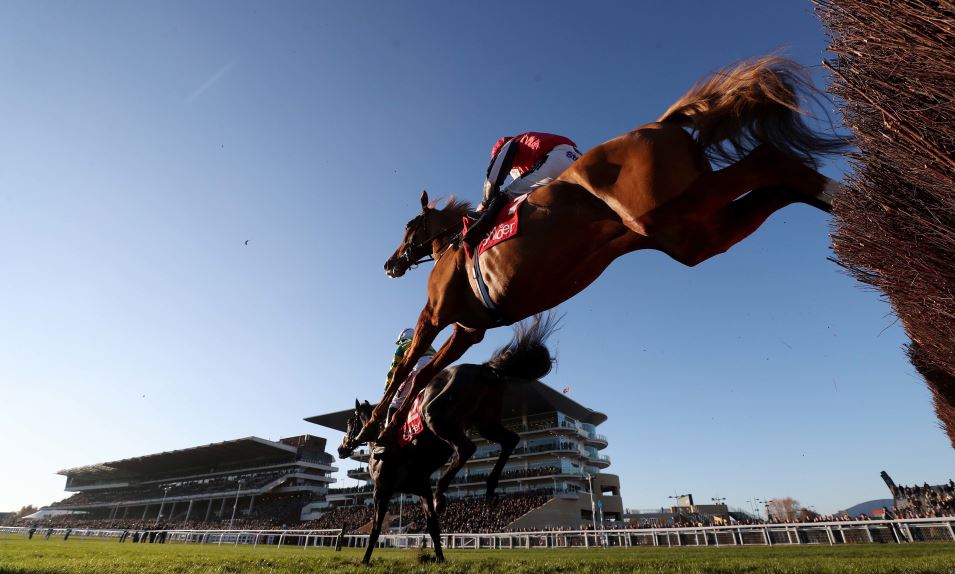 Tomorrow, the Cheltenham racecourse will once more open its doors for a four-day jumping bonanza that has all the thrills and suspense of a blockbuster movie. And for the first time since 2020, it is going to play out again in front of packed-out stands. Following a year of number restrictions due to the Covid pandemic, this week more than 250 000 spectators are expected to descend onto the racecourse in the Cotswolds, including thousands from Ireland and also many from France.

Irish runners dominated last year’s meeting when winning 23 of the 28 races, including the Grade 1 Cheltenham Gold Cup where the Henry de Bromhead trained Minella Indo just held on from stable companion A Plus Tard. While it didn’t work out quite as planned for A Plus Tard, French bred horses though did get their heads first over the line on four occasions, including the Grade 1 Ryanair Chase where the Willie Mullins trained Allaho took no prisoners when beating Fakir d’Oudairies by twelve lengths. It was a first Grade 1 success for his breeder Eric Leffray who is very much hoping that the son of No Risk At All and Idaho Falls can successfully defend his title on Thursday.

Other French bred winners in 2021 were Porlock Bay who lifted the St James’s Place Festival Challenge Cup Open Hunter’s Chase, as well as Vanillier, who took the Albert Bartlet Novice Hurdle and who is now going to try and add his name to the Cheltenham Ukraine Appeal National Hunt Challenge Cup Amateur Jockeys’ Novices’ Chase, which is the last race on tomorrow’s card. The GAEC Des Champs bred Galopin des Champs was the final French bred winner last year when he won the Martin Pipe Conditional Jockeys Handicap Hurdle and he too is returning this season for a tilt at the Grade 1 Cheltenham Turner’s Novices Chase on Thursday.

Like last year, French bred horses are well represented at Cheltenham, a development that Irish-born Antonia Devin, who runs the Haras de Mesnil with her husband Henri, credits retired dual-purpose trainer François Doumen with. “I remember when we started racing first and French jumpers didn’t have a value at all,” she recalls. “It wasn’t until François Doumen started running in England that English and Irish breeders woke up to the quality that was in France. I really think François Doumen and Marc de Montfort started it all. At least that is when the AQPS became popular.”

All eyes though tomorrow will be on the Henry de Bromhead trained ultra-hot favourite Honeysuckle in the Grade 1 Unibet Champion Hurdle Challenge Trophy where she is once more opposed by the François-Xavier and Anne Doulce Lefeuvre bred Epatante. The daughter of No Risk At All and Kadjara lost her crown to Honeysuckle last year and is bidding to become the third horse to regain the Champion Hurdle following on from Comedy of Errors (1973 & 1975) and Hurricane Fly (2011 & 2013). Her trainer Nicky Henderson, who has won the race eight times, said: “Everything says she is really good. We set off at the beginning of the season and JP said we have two objectives this year – the Fighting Fifth and the Christmas Hurdle. That is what we wanted and we nearly got it. We got one and a half which was great. I thought at Kempton she was great and she really did look like her old self. She was hurdling like she always used to and tanked Nico into the race. She doesn’t normally go on that early but she was all for getting home and getting back to bed and she was off. We’ve still got one big problem in front of us and that is Honeysuckle. She looked very good and she will be very hard to beat but I do think we are at least back where Epatante was when she won her Champion hurdle. That might not have been the strongest field in the world and I’m the first to admit that. I do think we are back in the right place. She is not under our radar as we are getting very good vibes from her. Her form this season has been good but it is the way she has been doing it. Everything has been very professional, and she is sharp and good.”

Let’s see if Epatante can fly the French flag in tomorrow’s race, but let’s not forget that there are 26 other French bred horses going to the start in one of the seven races that could well end up on the podium.