FRENCH RUNNER IS RIGHT MAN FOR THE JOB

Going 1200m on the turf straight of Meydan, the Al Quoz Sprint sponsored by Azizi Developments had the potential to deliver an exciting finish.

On Saturday afternoon it outdid itself when French-trained The Right Man (GB) held on by a diminishing nose over American invader Long On Value (USA) in a thrilling finish in a swift 1.09.59.

Ridden by Francois-Xavier Bertras in the colours of Pegase Bloodstock, the son of Lope de Vega won for the ninth time in 17 starts, and at the top level for the first time. Previously he was a Group 3 victor in France last November.

It was another length and a quarter back to the Bill Mott-trained runner-up , with Ertijaal (IRE) in third. Multiple European Group 1 winner Limato (IRE) and highly regarded Hong Kong gelding Amazing Kids (NZ) failed to factor.

The Right Man prepped for the Al Quoz with a course and distance try in the Nad Al Sheba Turf Sprint earlier in the month, finishing third behind Jungle Cat (IRE), who finished a nose behind Ertijaal in fourth.

“I was always confident,” Bertrand said. “I knew in the prep race that the horse was not 100 per cent fit and would come on from that. I got a good position (behind Ertijaal) and my horse was very brave right to the end. You live your life for moments like this.”

Guillemin added through a translator: “I was very emotional because it was an honour to be invited. To have such a finish and win it is absolutely amazing. We’re very proud of the horse. When he finished third here, we were very happy with that result and even happier that he’s won here tonight.

“Twenty years ago I would have never thought we would come here and win a Group 1,” Guillemin continued. “It’s absolutely majestic. I would like to thank the organisers. It’s fabulous what they do here.”

Guillemin confirmed that travelling to Hong Kong and possibly Royal Ascot are on the docket for his five-year-old bay gelding. 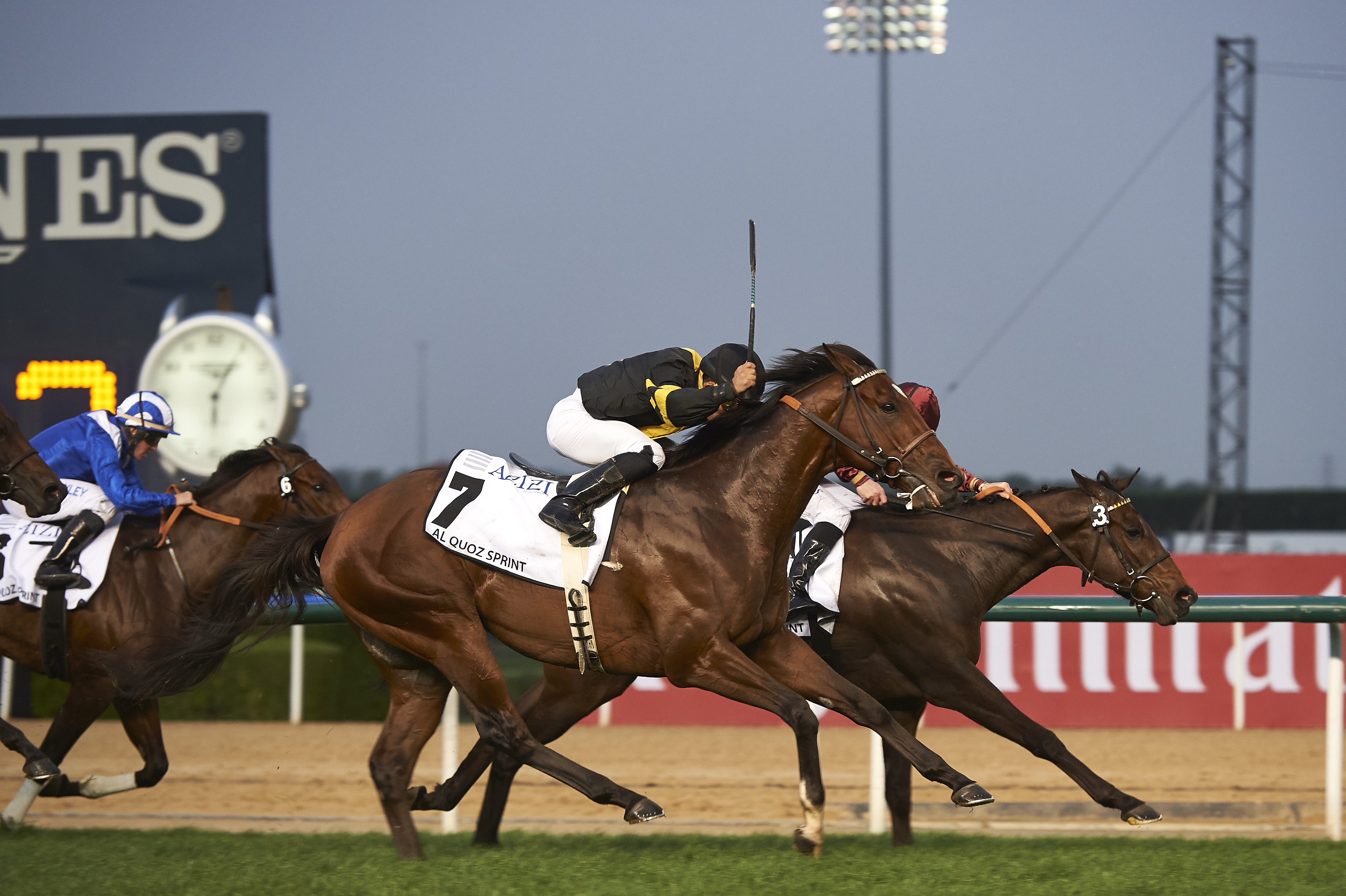