Saturday, March 25, 2017, Meydan Racecourse, Dubai: History repeated itself times over in the Dubai Gold Cup sponsored by Al Tayer Motors as Vazirabad (FR) became the first dual winner of the race, which joined the Dubai World Cup programme in 2012.
As last year Vazirabad, representing owner the Aga Khan, trainer Alain de Royer-Dupre and jockey Christophe Soumillon, mowed down the leaders with a stunning turn of foot in the straight that took him to the front in the shadow of the winning post and won by the same distance, a neck.

The big difference was that instead of Big Orange (GB) – a gallant, two-length fourth here after cutting out much of the running – Vazirabad had to collar the very game Godophin-owned filly Beautiful Romance (GB), on whom Oisin Murphy had made what for some strides looked like a winning move 350m from the finish.

Beautiful Romance beat Vazirabad into second place by a length and a half in last month’s Nad Al Sheba Trophy, but the French-trained five-year-old, who won last year without a preparation race, clearly benefited from the outing.

The Aga Khan’s racing manager Georges Rimaud said: “We brought him here earlier this year to get used to the climate and he has done well in training. I was a little concerned when Christophe went inside in the straight but he knows his way round the track and has confidence in the horse.”

Royer-Dupre was taking his tally at the Dubai World Cup fixture to three, after also winning the 2015 Longines Dubai Sheema Classic for Vazirabad’s owner with Dolniya. He said the Goodwood Cup, newly promoted to Group 1, would be the gelding’s summer target, but he did not rule out the Gold Cup at Royal Ascot, provided the ground was not firm.

Christophe Soumillon (jockey, Vazirabad (FR) 1st) – “He didn’t jump so good because he was moving a bit badly in the gate. I gave him the time to get into the race and fortunately for us the pace was quite good. I knew we could make up some lengths, especially on this ground, it’s a bit difficult to finish today. When I came in the back straight the horse was much.

“better than last time and he didn’t hang. On the last corner I just preferred to stay on the inside to drop some lengths there. And when I came into the straight I knew he was going to give me a good turn of foot but I was not really sure I could arrive to take the lead in the end. When he passed the two horses he started to shift in a bit but then when he felt the field in front of him he just kept running. It’s good to come on at the latest moment with him because he can be a bit green in front.” 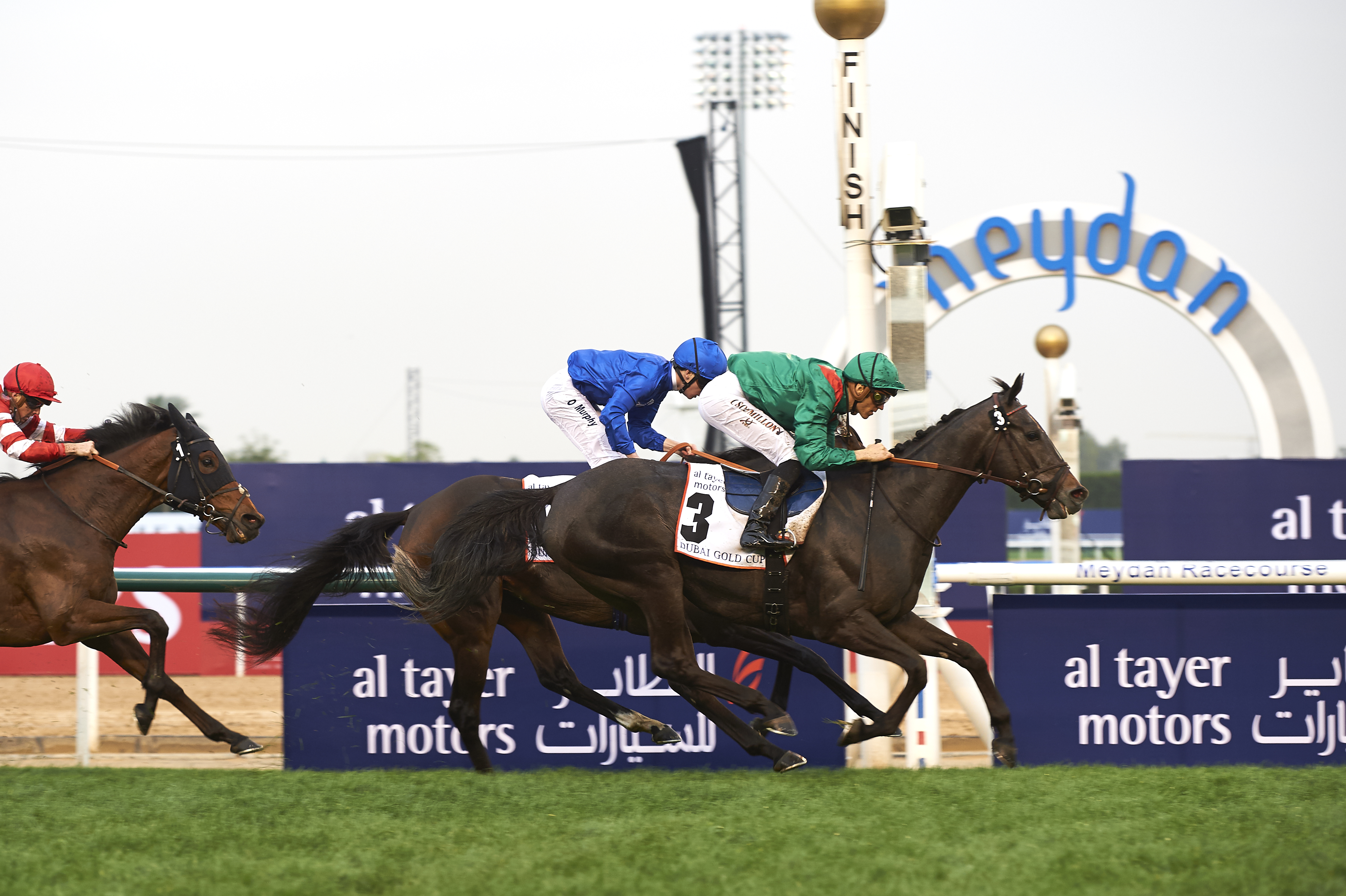