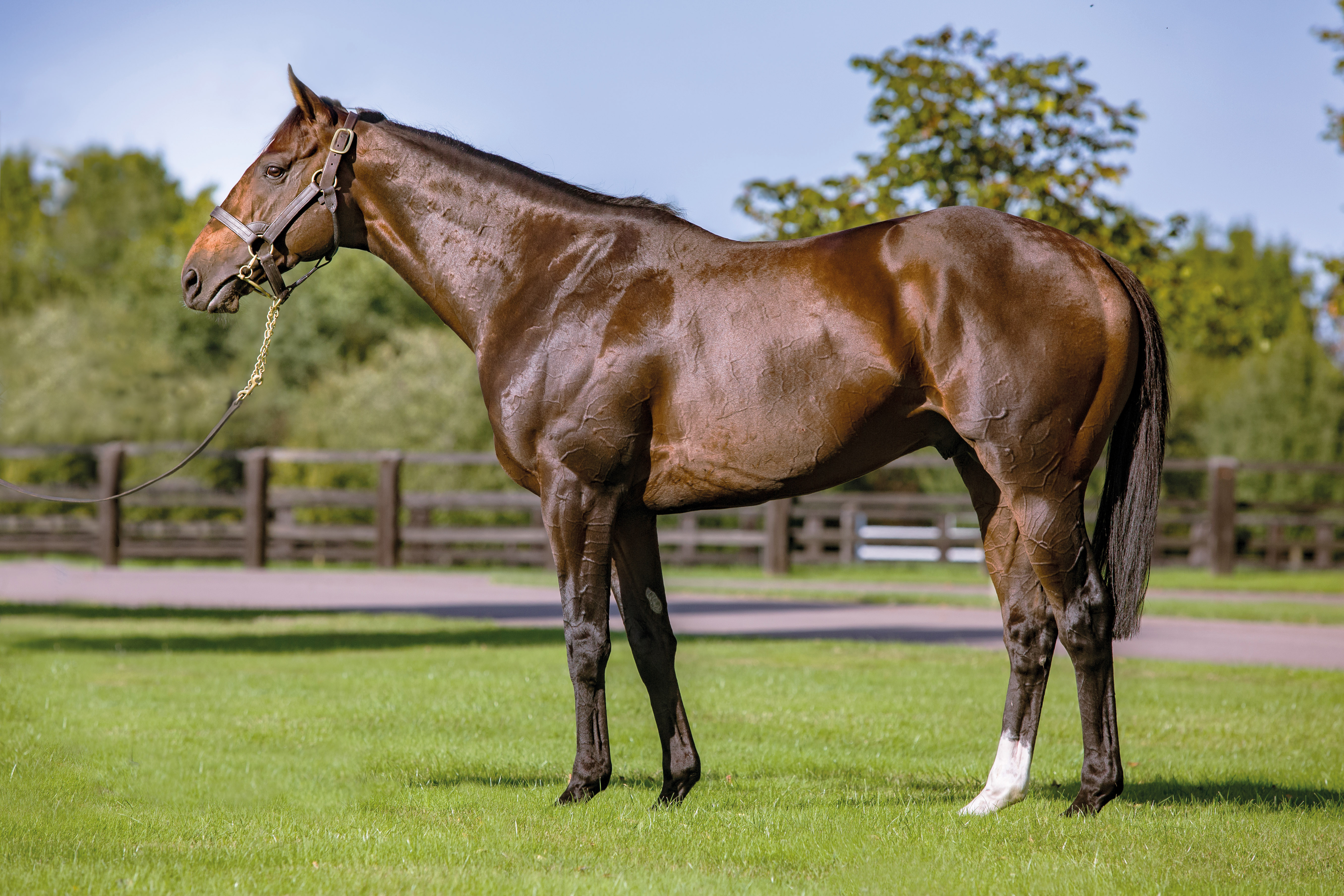 The Aga Khan Studs are delighted to announce that DARIYAN will be the exciting new addition to the Haras de Bonneval roster for the 2017 breeding season. This representative of one of H.H. the Aga Khan’s most prestigious families is a top class performer, successful over

1800m, ten furlongs and a mile and a half. Dariyan lifted the Gr. 1 Prix Ganay in May 2016, and also took second place in an excellent renewal of the Gr. 1 Prix d’Ispahan. The consistent colt either won or placed in eleven of his thirteen outings, and he finished ahead of talented Group 1 winners such as Vadamos, New Bay, Silverwave, My Dream Boat, Mondialiste and Erupt.

Dariyan is a son of the exceptional stallion Shamardal, father of 18 Group 1 scorers and of proven sire Lope De Vega.

The quality of the paternal side of DARIYAN’s pedigree is certainly matched by his blue- blooded maternal line. He is the first foal of Gr. 1 Hong Kong Vase winner Daryakana (Selkirk) while his younger three-year-old half-brother Darabad (Dansili) is also a Stakes winner in France. Dariyan is a grandson of Prix de Diane and Prix de Vermeille winner Daryaba, from the close family of champion three-year-old filly Darjina and leading European three-year-old Almanzor.

DARIYAN is the first Aga Khan Studs bred colt retired to stud since leading sire SIYOUNI joined the Haras de Bonneval in 2011. He is currently being syndicated for his stallion career and breeders are welcome to view him at the Normandy stud, notably during the Arqana October Yearling Sale, when shuttles will be arranged between the Deauville sales complex and the

Haras de Bonneval. Breeders are welcome to come and meet the Aga Khan Studs’ team to discuss Dariyan and arrange visits during the exhibition Galop Expo, stand A5.