5th edition of the OSARUS Lion d’Angers Mixed sale The catalogue is online!

On 5th and 6th November 2014, Le Lion d’Angers racecourse in the West of France will stage the 5th edition of the Osarus autumn mixed sale. On this occasion, 282 lots will go under the hammer among which 135 yearlings (all qualifying for French owners’ premiums), 64 stores and horses in training, 67 mares, 15 foals and 1 stallion.

As last year, the yearling session will take place on the first day. On the second day, the sale will begin with stores and horses in training (lot 136 to 199), followed by mares, foals and a stallion (Kotky Bleu).

n°2, a Dalghar colt out of Rebecca Rheinberg (a sister to four Black-Type performers) n°9, a filly by Irish Wells out of Rose Hedge, half-sister to the Listed placed Rose Danon n°13, a colt by Turtle Bowl, out of a half-sister to Irish Wells (Sire)

n°31, a Dragon Dancer colt out of a half-sister to Loxlade (Prix Roger de Minvielle L.)

n°84, a colt by Nombre Premier, out of a full-sister to Joursanvault (Prix Montenica at Maisons- Laffitte L., Critérium de Lyon L.)

n°89, a filly by Holy Roman Empire, out of a half-sister to Mambia (Prix du Calvados Gr.3)

n°98, a filly by Myboycharlie out of Like Afleet (4th Prix des Réservoirs Gr.3)

n°110, a colt by Blue Bresil, out of a full-sister to Hurkash (Prix de Beaune L. at Enghien)

n°121, a filly by Turtle Bowl, out of a half-sister to the Listed Prix Panacée winner Vertana, and related to Vespone (Gr.1)

n°128, a filly by Kendargent, related to Sire Peintre Célèbre

Graduates from the Lion d’Angers November sale include LES BEAUFS (Apsis), winner of the Prix Royal Oak Gr.1, Valdo Béré (Hurricane Cat) who finished 3rd in the Group 2 Prix Noailles, Absolutly Me (Anabaa Blue) who finished 2nd in the Berenberg Bank Cup L., Le Vent d’Antan (Martaline) bought for €12,000 by Guy Petit, who came 2nd in the Sans Frontières Novice Hurdle (Gr.2) at Punchestown, and many other winners such as Biche d’Oo (F3, Martaline) purchased by Charles Lécrivain for €12,000, winner of the Prix Géographie at Auteuil this year, Goodbye Dancer (3yo by Dragon Dancer), bought for €3,000 by K Ross Bloodstock, winner of all 3 of his 3 starts over jumps in the UK this year, Zalty (Elusive City), three-time winner in Ireland who finished 2nd in the “Bold Lad” Sprint Handicap at the Curragh on 14th September, or This Is It (Ballingarry) who has won twice and been placed twice from 5 starts over jumps.

The sale can be followed Live on France Sire TV (www.france-sire.com) and the catalogue can be viewed online at  www.osarus.com 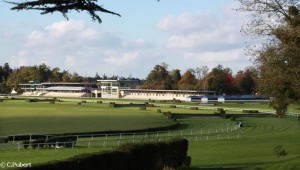 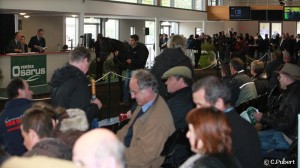 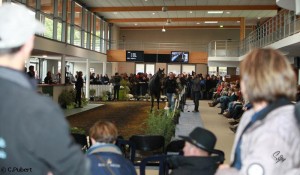 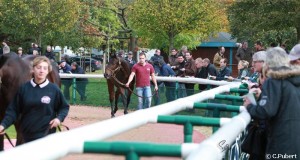