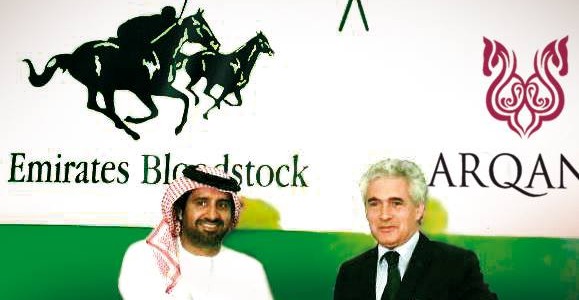 The ARQANA team announced the development of its foreign correspondent network thanks to the appointment of Faisal Al Rahmani as representative in the Gulf region.
In 2002, Faisal Al Rahmani created Emirates Bloodstock, a company serving the equine industry in the United Arab Emirates and more generally in the Middle East, organising regular sales in its Dubai establishment. He is also involved in the organisation of auction sales in Qatar and in Saudi Arabia, both for thoroughbreds and for purebred Arabians. He is also in charge of Al Ain Racecourse, one of the five racecourses in the United Arab Emirates Federation.